Browse: Home / Anchor bolt testing and cross street fixings – testing and certification carried out throughout Somerset, the South West and the UK. 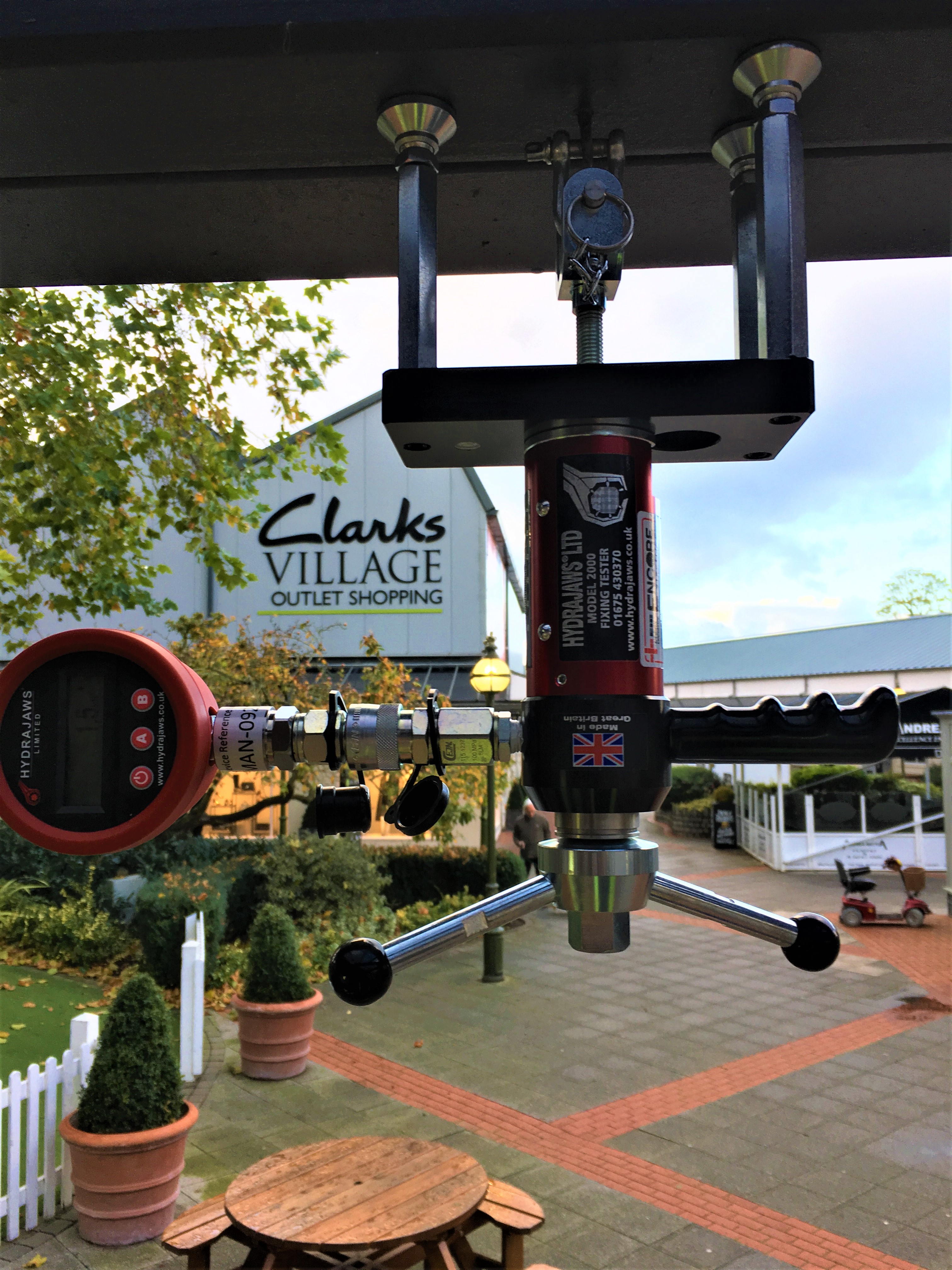 Anchor bolt testing and cross street fixings – testing and certification carried out throughout Somerset, the South West and the UK.

At Encore Electrical, we pride ourselves on our comprehensive range of professional services. For several years now our fully qualified inspectors have been carrying out anchor point and cross street testing in shopping centres, High Streets and buildings throughout Somerset and the South West. Using industry leading Hydrajaws testing equipment we can produce GPS location specific certification for all of your fixing points.

So do you need your anchor and fixing points tested? And if so, how often?

If you are going to suspend festive or other decorations above pedestrian areas or across highways the simple answer is yes. And these tests should occur at least annually.

Anchor bolts and fixings are most commonly used during festive and Christmas installations. But more and more often we are seeing shopping centres and High Streets suspending features and decorations throughout the year. Occasionally this happens with little or no thought to the integrity of the anchor points – often the weakest point in any suspension system.

You would be forgiven for thinking that once an anchor bolt is installed and tested, that’s the end of it. But as time passes, the substrate (brick, block or stonework) in to which the bolt is inserted degrades, as does the anchor bolt itself. This process is accelerated by repeated fixing and derigging of festive or other schemes, and overtightening by inexperienced installers.

So the question is, when did you last have your anchor points tested?

At Encore we have worked with some of the UK’s largest retail land owners such as Landsec and British Land, and these companies test their anchor points thoroughly and regularly. We have also advised small towns and villages in Somerset, Devon and Cornwall and understand the pressure that they can be under, especially around Christmas time. They are expected to produce the most impressive festive lighting and decoration scheme they can, and money spent on infrastructure testing can’t be seen and eats in to their often limited budget.

But we really can’t stress the importance of anchor bolt testing enough. We know that emphasising this can sound like scaremongering but due consideration should be given to the serious consequences should an anchor point fail. If you are suspending anything above pedestrians or across highways you simply can’t afford to take risks.

Getting your anchor bolts tested

The good news is that anchor bolt testing can be carried out reasonably quickly and probably costs less than you think. As with all preventative maintenance, the key is to plan in advance. For example, if you need your anchor bolts and fixings tested in readiness for your festive or Christmas installs, don’t wait until November to start organising it! Many companies that carry out anchor bolt testing (ourselves included) also install the festive schemes, so we simply won’t have the time. Instead, get your testing done in the summer, when the weather is good and the nights are longer. Assuming you make no changes (such as moving or installing new points), your certification will cover you throughout the Christmas period up until next summer.
So for professional advice regarding all aspects of anchor point installation and testing, get in touch. We are happy to talk you through your options without cost or obligation.